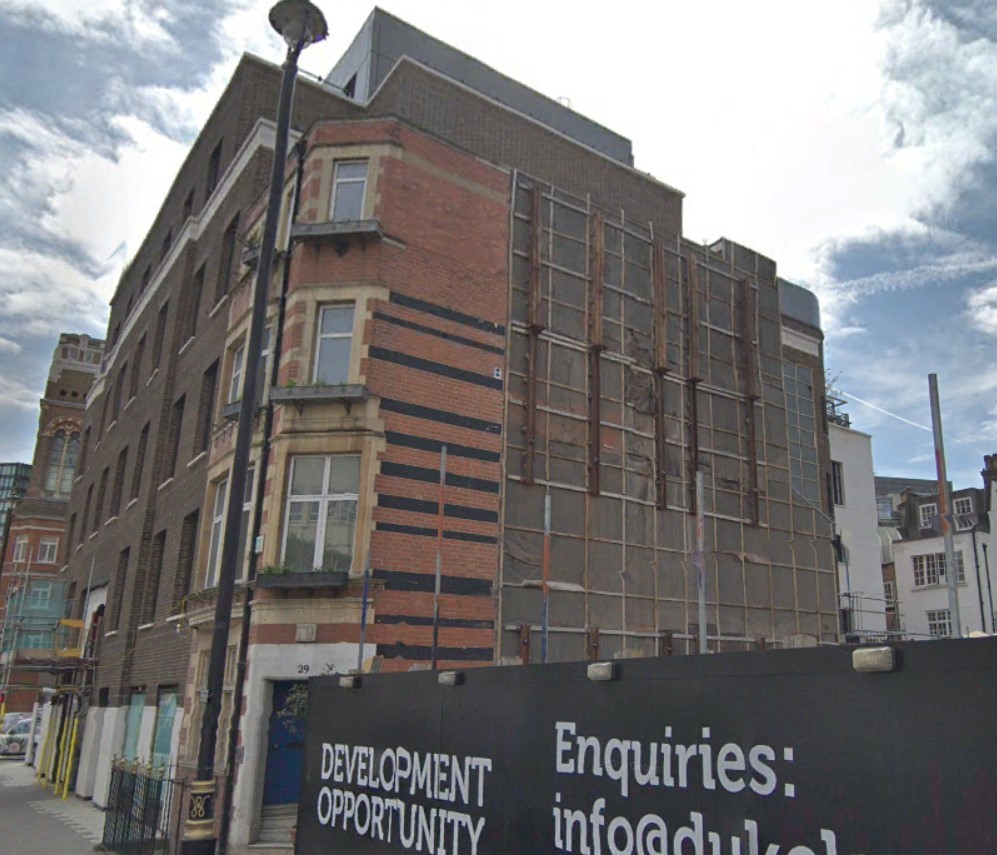 The Buckingham Gate Project consisted of the demolition of a three storey building by hand in Westminster. The front elevation was listed and had to be retained, a façade retention scheme was designed by Ciku Construction Services temporary works engineer and was installed by our steel erectors as the demolition progressed.

Underpinning to the front facade and rear party wall was carried out prior to a reduced level dig in preparation for a new raft foundation.

On completion of the reduced level dig we installed underground drainage complete with pumping chambers. A lift pit was formed  and the complete site was covered with a reinforced 400mm thick raft slab.

The Buckingham Gate project was a logistical challenge to Ciku Construction Services as the site is situated in one of the busiest areas in Westminster for both traffic and pedestrians alike.

We successfully applied to Westminster City Council to install temporary traffic lights to the front of the site so that we could form a pit lane to park a skip lorries that were loaded by a conveyor belt. This pit lane was also used to park a concrete pump to transfer concrete on to site for the main construction works.

Ciku Construction Services completed the works on programme and to budget, we were also commended by Westminster City Council in the way that we managed the traffic and pedestrians. 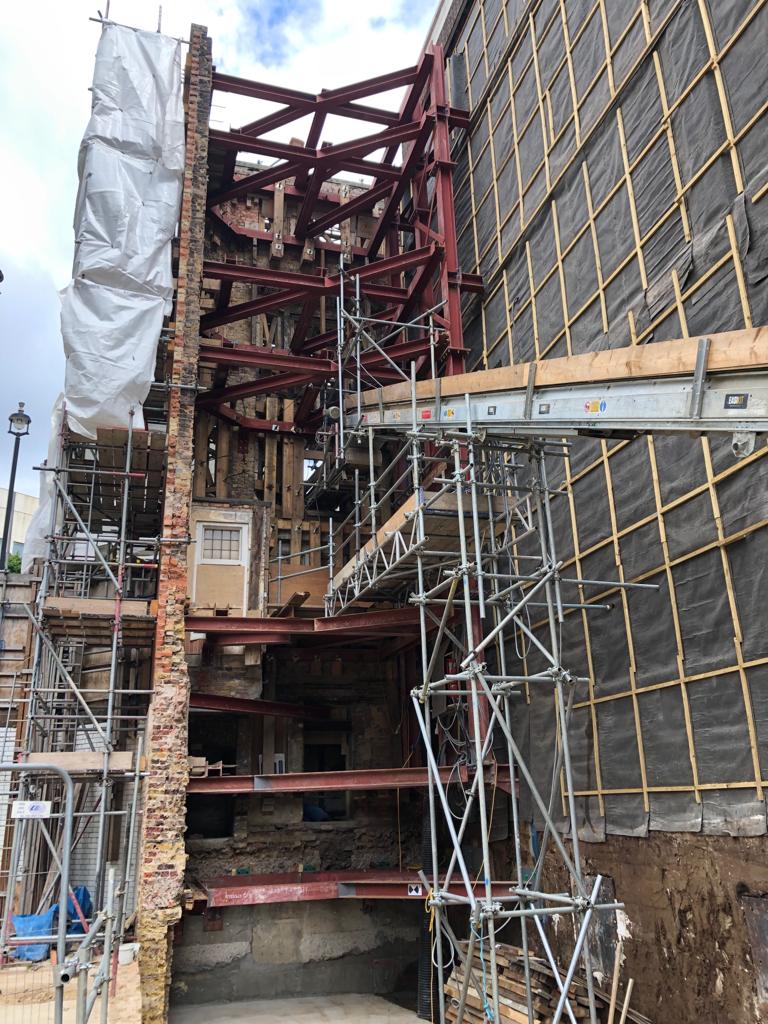 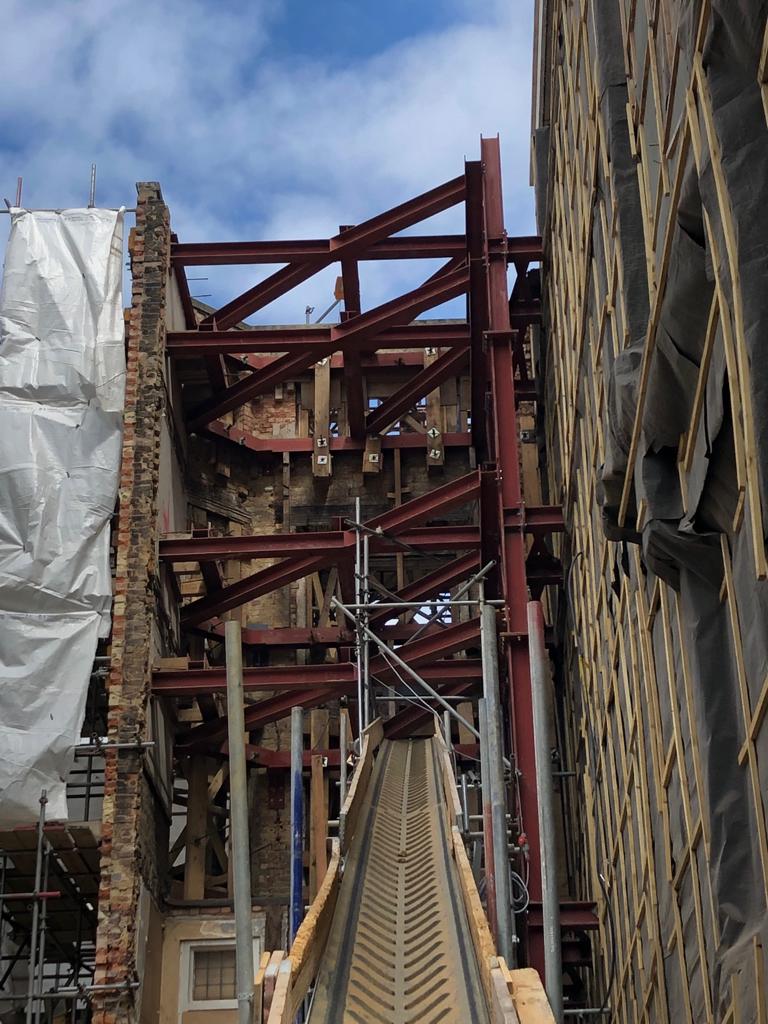 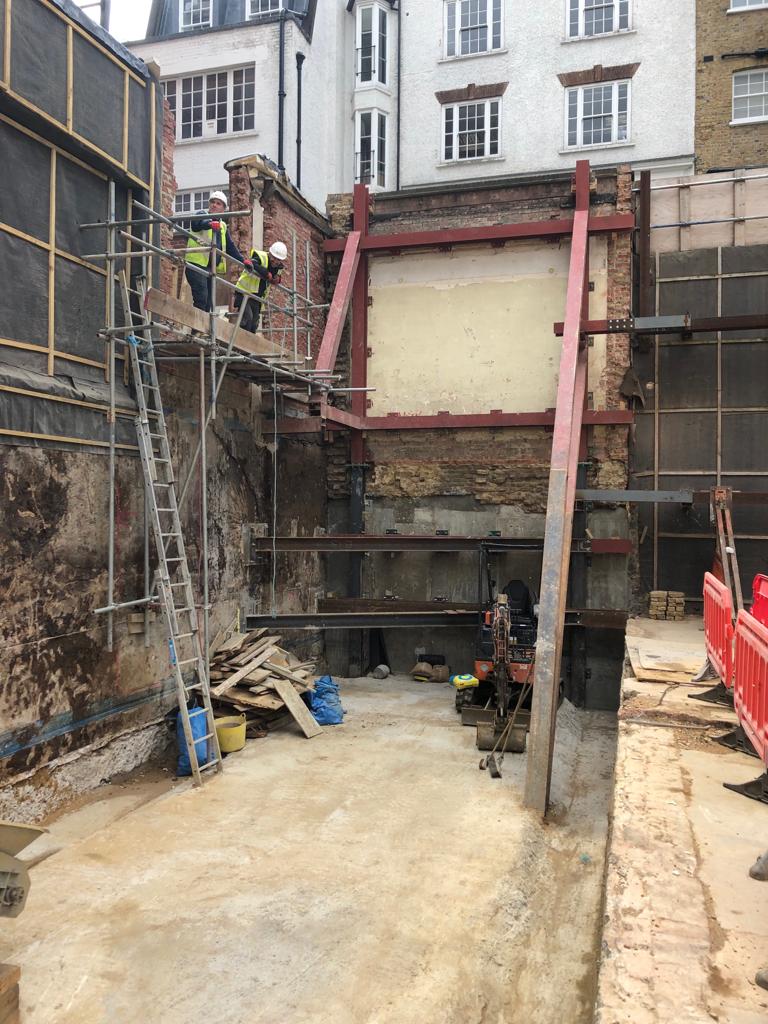